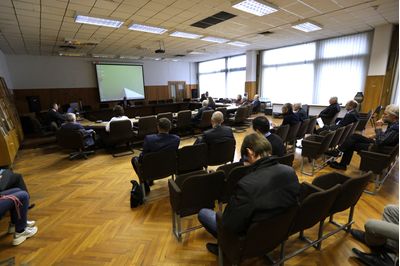 The idea of creating an electronic academic journal devoted to researches in the field of agent-based computer models (ABM) emerged in 2006 as part of the activity of the Agent Modeling Laboratory of the Central Economic Mathematical Institute of the Russian Academy of Sciences (RAS). The chief editor of the journal is Valery Makarov, the Academician of the RAS. In 2016, with the support of the State Academic University of the Humanities (GAUGN), the journal was transferred to the new technological platform JES (Journal of Education and Science), which meets modern standards in the field of scientific periodicals in the best way.

Today, the scientific journal “Artificial Societies” provides twenty-four-hour access for readers — scientists, teachers, students — to publications in a wide variety of scientific fields related to the digitalization of the economy, multi-agent modeling in the natural and human sciences and the development of an artificial intelligence. The high scientific level of the work on reviewing and preparing materials published in the journal is assured by the team of the Central Economic Mathematical Institute of the Russian Academy of Sciences.

The Editorial invites authors to publish their articles!